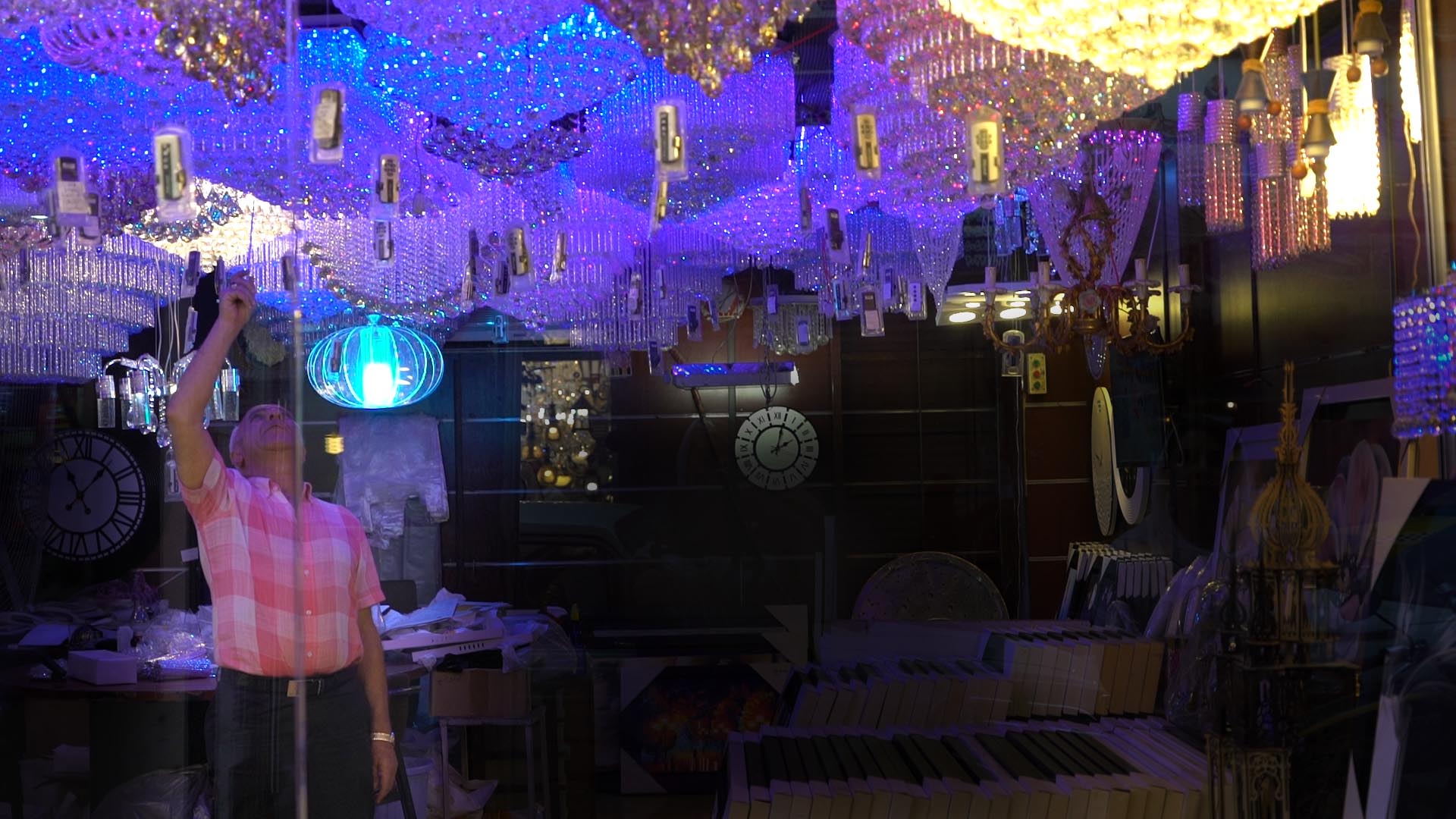 The places of cinema
“I went to the cinema with my mother when I was only 4 years old, because she was alone at home with a little kid and wanted to go out and be entertained.” Along concrete and fictional places in her work, Marlies Pöschl explores the question how temporary communities are being formed at filming locations, how cinema becomes a place of shared concerns.

Marlies Pöschl: The places of cinema
“I went to the cinema with my mother when I was only four years old, because she was alone at home with a little kid and wanted to go out and be entertained.” The protagonists of my film “Cinema Cristal” meet in a staged cinema setting; illuminated by the reflection of the projected images, they exchange memories about the cinemas of Laleh Zar street (Tehran, Iran). Cinema, a place often meant to become invisible, is brought into the light. Cinema becomes a social space, a site of encounter and shared concerns.
Where films are made for me always exceeds the notion of “filming location”. It is a place where community is constituted in a very specific way. Due to its mode of production, filmmaking is per se a social and political practice. This shaping of community during the process of filming is at the core of my work. I try to find new settings in which the organization of a community and the topic of the film enter into a dialogue with each other. Along concrete and fictional places in my work – the cinemas of Laleh Zar Street, a language school in a suburb of Paris, a castle, and the art center CAC Brétigny – I explore the question how films and places relate to each other.
Marlies Pöschl
is an artist and filmmaker based in Vienna. As founding member and chair of The Golden Pixel Cooperative, she is committed to sustainable conditions for the production and distribution of moving image works. From 2018 to 2020 she lectured at the Academy of Fine Arts Vienna. Her films and installations have been shown internationally in solo exhibitions, at biennials and film festivals, most recently at Salzburger Kunstverein (AT), CAC Brétigny (FR), the Vienna Biennale (AT), the Edinburgh International Film Festival (GB) and Cinema Vérité (IR).

The statement will set place via zoom meeting or in person.
Please visit our website for further information: www.ortsbezogenekunst.at